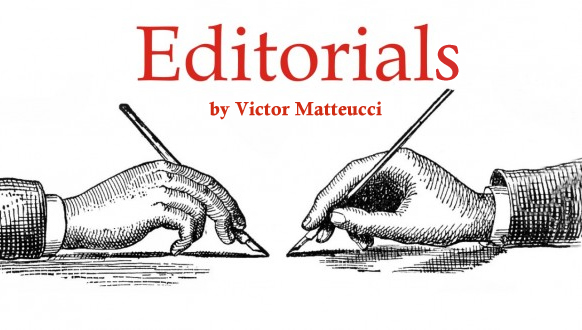 All against all. The anger and the fear.

1.The crisis and the lost space (so far away and so close)

The attack on the Twin Towers in New York on September 11 unveiled a new issue, as Zygmunt Bauman (Society Under Siege – Oxford 2002) explained. Globalization destroyed the concept of space, of distance. Today it is no longer conceivable a political and economic control through the control of the territory. Furthermore it is no possible to imagine a “territorial” defense. No one is safe enough or far away not be reached and affected. The territory, the distance no longer guarantee any security.

At the same time, you can be extremely distant and uninformed in New York, London or Paris. Or you can be extremely knowledgeable and “inside the history” although living in a small country of Southern Italy or Andalusia or Tunisia. The central or peripheral location is no longer a territorial issue, it is not related to physical distances or spaces.
Being inside the history or out of the history, being near or far, is therefore only a problem of connections, access and knowledge (and skills).
2. The crisis (external and internal)
This new dimension in which space is annihilated, determines that there are more “external” situations or quite far from us such that we do not necessarily be touched or be concerned and involved sooner or later, in spite of ourselves.

And in this sense, there is no doubt that one of the most volatile situations and that is likely to escalate every day and go global is that we verify in the Mediterranean Region and the Middle East. Since the disputed outcome of the Arab Spring and the protests in Egypt, the chaos in Libya and the Middle East where the now congenital Palestinian issue overlapped the extinction of the Iraqi State. From the situation of civil war, apparently with no way out in Syria, the occupation by the guerrillas of the SI of Syria and northern Iraq. Meanwhile Lebanon must deal with a heavy emigration Syrian and that adds up to the presence of Palestinians in refugee camps and to the tense situation in southern with Israel.
The problematic condition of this area is reflected also on other areas and it breaks the old idea of a world (Europe and the West in general) separated by a safe and happy world abandoned to himself and delivered to chaos, war and poverty.

Not surprisingly, immigrants landed on the shores of southern Europe every day pouring on those beaches instability and despair from Europe. It is estimated that about 10,000 young people have gone to fight in Syria and joined the army of the SI. At the same time, more and more groups of young people, freed from the consumption of drugs and addiction, are organized in the suburbs of Paris or London to carry out attacks. The events in Paris and Brussels, therefore demonstrate that we can no longer hope to keep separate territories or hope that they are not imported unresolved issues and conflicts, cultural, religious or political still open.
Western countries, on the other hand, are involved not only for the consequences of an external situation that inevitably has an impact in European cities, but also because it is often directly responsible or partly responsible for having generated most of the conflicts and wars in the Middle East and in the Mediterranean.
Such a situation exacerbated therefore risk to arm the masses of marginalized young people deprived of any prospect in Europe, who seem willing to do anything, even dying, just to see established its reasons and in order to make sense, a ransom to their lives.
Even this is a truth and a lesson that comes to us from September 11. No one is safe anymore, the danger is near us, is among us. The others are no longer just elsewhere.

3. The mutual fear and safety as a prized commodity

The current transition phase is characterized, unlike the last century, from a condition that Bauman defines “liquid”. It is produced at incessant rhythms instability a constant, temporary, precarious cultural existence, with the end of ideologies, is overflowing up to eliminate all forms of certainty. It is a byproduct of globalization.

Suddenly one of the new high-quality goods of the XXI century is given by the triad: CERTAINTY – SECURITY – SAFETY ‘. A commodity that has made the fortune of US agencies (Blackwater, etc.) which experienced everything first in Iraq and later exported this prized commodity in various areas of the world to defend privileged social groups and oligarchies .

The suspicion is that anyone who offers to buy such goods also has produced it. Namely, those who developed strategies and skills so sophisticated for defense and security, has also previously determined situations of chaos and insecurity.

This instability, however, is now so urgent and invasive, it threatens us closely and it forces us to a state of constant danger, to live under threat (see the threat of the “spread” of financial markets in the world protected, or the occupation of Mosul and part of northern Iraq by Islamic extremists (ISIS) or the risk of attacks in Europe at sensitive targets, or the risk of bomb attacks or in the subways of New York, London and Paris), etc.
The integrated society is therefore under siege of excluded society. But the novelty is that the two societies are not separated nor distant. Indeed they are contiguous. In every city now, in every corner there are social wealthy elites who live barricades and besieged in residential neighborhoods over guarded. Thus, also in this case the distance between favored contexts and depressed areas is not more related to space but rather linked to the communication and the ability to take and send information, being known and recognized by other elites, being able to participate or not to events, to share decision-making. And more and more often these contradictions, these socio-cultural distances between integrated society and excluded society living side by side in adjacent neighborhoods, separated by a few streets or some wall.

4. Apartheid of a society borderline
This situation forces everyone, everywhere, to a condition of alienation, of constant anxiety, stress from chronic solved precariously with a system of Apartheid widespread. A situation that leads us to conduct conservative, closures, of rejection, of constant defense, to guard the border. (cfr. the conflict between police and African-American groups, in Italy against immigrants and against Rom, in France and Germany against Islamic immigrated, the Middle East against Christians etc.)

On the one hand, from those who feel besieged, grows the fear and the anger, starts hunting the foreigner, the other, who has no way out and with nothing to lose. In this apocalyptic scenario masses of men and women embark themselves on a desperate escape from south to north and from east to west by increasing the pressure of the excluded at the gates of the western world and at the same time causing new fears, new mistrust and intolerance on the part of the new society guaranteed that comes back and becomes more hostile.
So, on one hand, for those who is within the Western world and that until yesterday was guaranteed, the situation is uncertain and the risk of being sucked out of the collateral becomes tangibl. On the other hand, the gap between excluded and integrated is further enlarged and the distance, which is not only economic but also social and cultural, goes to delimit the areas of land destined to one or the other suspects and accentuating mistrust.”The other”, the foreigner, inside or outside of the Western world, is now perceived as a potential enemy, a dangerous person and capable of anything. He is a potential competitor in the war among the poor in search of a job or a potential terrorist because of the Muslim faith, it is a black man who claims his own rights and denouncing discrimination constant. She is a woman who claims its independence and escapes the male domain. The conflict with the other spreads like wildfire as a virus. It is no longer just a contrast between worlds or between religions.

The fear, the crisis is generalized, is internalized; it assails us and urges us. Currently we live in a state of permanent conflict, the widespread prejudice, constant insecurity, which enters the cities, neighborhoods, families, separating and removing each irrevocably, leading opposition and mistrust, making flourish enmities and prejudices. Fear arms white Americans against young African Americans, Europeans against Muslims, Muslims against Christians and Westerners, males against females, etc.
The process of division seems unstoppable and locates every day new diversities and old conflicts, new wounds and old reasons to separate and contrast, break, refuse, to deny, to hit and eliminate.
According to Naomi Klein (Shock Economy), all this is not accidental. The threats, the climate of fear, terror, social conflicts and wars between the poor in which a society is forced, determines the pre-conditions for sustained reform liberal, destruction of the welfare state, reduction or elimination of protections and rights to establish authoritarian regimes and policy makers, simplified, able to solicit internal and external investment, selling off public investments and strategic state property, reducing civil rights and compressing individual freedoms.
Klein explained so meticulous experiments of torture implemented in Iraq to determine the prisoners a condition of weakening and psychological subjection from which obtaining information and denunciations.

Indeed it appears that those experiments in the theater of war in Iraq are at the basis of social control processes globally and functional to the introduction of liberal policies that refer to the theories of Friedman and the Chicago School and, therefore, by speculation economic, financial and property on a large scale but also to determine the conditions of authoritarian regimes or to privatize public assets and services, to reduce the civil rights and individual freedoms compress. From Argentina, Russia, from Greece to Colombia, from Brazil to Italy.