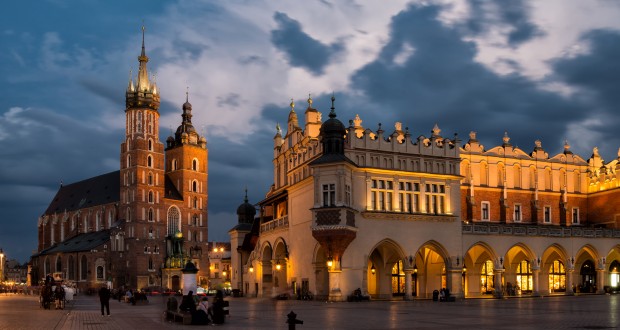 Mediter took part to the fourth international workshop of the project IDEA-C – Intercultural Dimension for European Active Citizenship. The event was held in Krakow on 13 of February 2016.
Mediter was partner of the project, representing the international network which animates dialogue among European institutions and Mediterranean countries.

About the event
The event was organized by “The Union of Associations MULTIKULTURA” in Krakow, at Ośrodek Kultury im. Cypriana Kamila Norwida os. Górali 5. During the workshop, Mediter – represented by the communication officer Tiziana Sforza – spoke about “The role of Mediter network to strengths the European awareness of citizens and support the social engagement”. Furthermore, she spoke  about the outcomes of the local workshop held in Bruxelles on 10 December 2015.

Agenda of the workshop
The event started at 10 am with an introduction by Andrzej Bialko of Multikultura. At 10,20 there was  the “ARTzona Creative Workshop: Mind the gap”. At 10,30 there was  an informative session about the web platform and the dissemination strategy via the web platform clarified and featuring educational games promoting civic and democratic participation. It was launched a documentary about the project which will be used as dissemination tool.  At 11,45 am, Tiziana Sforza (Communication Officer of Mediter network), spoke about “The role of Mediter network to strengths the European awareness of citizens and support the social engagement” and she  spred  outcomes of the local workshop held in Bruxelles in December 2015. Also representatives of Greece and Spain told about their experiences.

At 1pm, at  ARTzona – Nowa Huta Creative Space, there was  the workshop “Let’s BUILD THE WORLD OF GRATITUDE” by Małgorzata Hajto, Culture Manager, ARTzona Initiator and Artistic Director. At 2 pm there was an introduction of the activities of the local youth organizations presenting their participation in the development of opportunities, education, jobs and volunteering as well as innovative ways to engage in public life.

At 2,30 pm there was intercultural workshop “EUROPEAN COLLAGE – EUROPEJSKI KOLAZ”.

At 4,15 pm there was  the workshop “What´s next? How to continue with the IDEA-C results? Creative activation – future socio-cultural projects on EU-level”.

About IDEA-C
IDEA-C project aims to restore electoral faith among EU citizens, considered the alarmingly low turnout rate in EU elections in some countries where voting is not compulsory and the democratic deficit it causes across Europe.It addressed the four main causes for low electoral participation found in collaboration with the project partners:
– lack of interest and of knowledge of the democratic workings of the EU
– mistrust towards EU institutions
– lack of sense of belonging to Europe