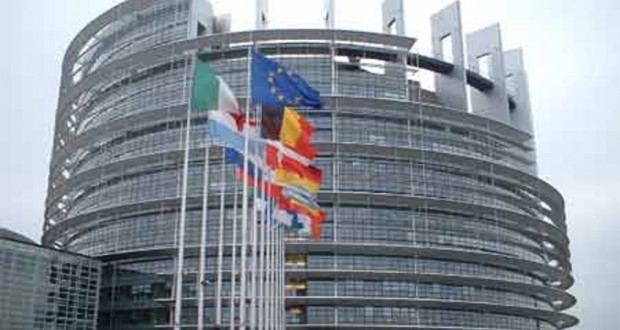 “Participating to Build a European Identity”, outcomes of the meeting in Brussels

On the 10 December 2015 was held in Brussels the meeting “Participating to Build a European Identity”, organised by Mediter network and association Punto Democratico, in  the framework of project IDEA-C “Europe for Citizens” Programme.

The workshop in Brussels is consistent with the main goals of the project to give citizens an opportunity to interact on the construction of an “ever closer” and democratic Europe, thereby fostering an active EU citizenship. Another objective is to develop long-lasting cooperation between entities and citizens aimed at improving civic and democratic participation

The workshop conveyed experts and representatives of non-governmental organisations to discuss ideas and to envisage tools both to reduce the “democratic deficit” and to encourage the involvement of civic society in the EU decision-making.

The speeches and the discussion showed that there is a consensus on the need for better communication in order to increase people’s participation and curb the phenomenon of “distance” towards EU politics and processes.

As speakers were invited:

In particular Mr. Matteucci explained how the Mediter Network was founded and how it is currently involved in the realisation of the IDEA-C project.

He then discussed how low turnout rates and mistrust towards politicians could be traced also at the national level; a general trend seems to be common everywhere when it comes to people’s attitude towards institutions and politics. According to this viewpoint, we experience a progressive reduction of the role and influence of intermediate bodies: political parties, trade unions, stakeholders organisations seem to be outpaced and incapable both to shape consensus and to represent interests and needs.

The disappearance of intermediate bodies goes along, and is possibly caused by, a (dangerous) “simplification” of the political discourse; in this context, an increasing sense of mistrust is hardly surprising, since larger and larger portions of citizens feel that they are no longer represented. Mr. Matteucci is convinced that an effective response to the problem of low participation and “sense of distance” towards EU should be based on re-establishing the correct aggregating role of such intermediate bodies.

Speakers during the workshop in Bruxelles

The “Inter-cultural Dimension for European Active Citizenship (IDEA-C)” project, funded by the Europe for Citizens Programme and lead by the Municipality of Geraci Siculo – Sicily, aims at restoring electoral confidence among EU citizens by addressing the main causes for the low turnout rate in recent European elections. Among these are the limited knowledge of the institutional architecture of the EU, the mistrust towards European bodies and officials, and the lack of sense of belonging to a common European political community.

The project involves experts, students, stakeholders and decision makers, who gather in “local workshops” where they are encouraged to share experiences, best practices and opinions through activities of different kinds (lectures, discussions, use of documentary and interactive technologies). During these events, participants experience the importance of engagement and cooperation and, ultimately, are encouraged to take a more active role in democratic life.

Download
FutEur Project: the exchange of best practices for People help the People
1€ billion from the EU to support cross-border cooperation in the “Neighbourhood” region