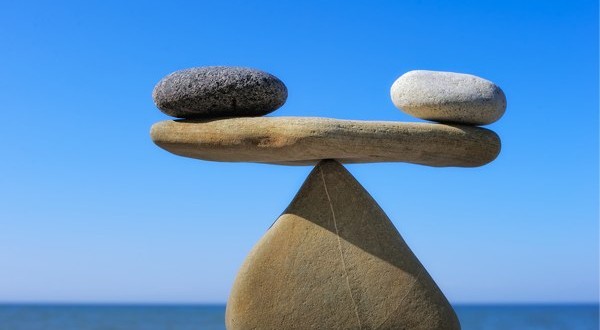 Relevance of the action

While a multidimensional crisis affects our societies, these contrasts standards living areas and migrations lands which are cross-borders areas crystallize the risks of cultural, religious or socio-economic conflicts and turn out to be more risky than ever. In particular, the Mediterranean region, gravitation European area, has a strategic dimension as the epicenter of stability in Europe, North Africa and Middle East.

However, in spite of a great historical and natural unity, this region reveals a very mixed reality, made of unequal economic and human development and strong disparities in term of quality services, rights protection, social inclusion and access to new technologies.

According to the UNDP Human Development Report 2004, the HDI reaches an average of 0.816 for the Mediterranean region: the northern shore recorded an index of 0.901 against 0.754 for the southern shore. Disparities are found not only between North and South, but also inside South: the HDI in Morocco is only 0.640, against 0.927 in Israel[1]. All Arab countries are also relegated between the 78th and 123rd position in the world ranking. Economically, the PIB, higher than 20,000 dollars per habitant and per year in Italy and France, varies between 5000 and 8000 dollars for Lebanon and Tunisia and is lower than 4000 dollars for Morocco and Egypt.

As it has been highlighted by the realization of the actions program “Agenda 21”, currently underway in Tunisia or Morocco, one of the strategic key for the sustainable development lies in the connection ability between local institutions and Mediterranean NGOs and the possibility of using common strategies for local development. For this, it is essential to have a capacity of networking with a cooperation perspective North-South/South-South, which can be decentralized or multilateral, governmental or not, in order to link the two shores of the Mediterranean in an intercultural dialogue around the regional strategic planning.

To determine the conditions for regional stability, but also to produce consistent regional scenarios of economic development and socio-cultural growth, the project MEDITER – Women for Change intends to consolidate the potential of LA and other local actors. A strategic key of sustainable development fits into the capacity of connection between local institutions and NGOs, in order to promote a concerted regional strategic planning; to do so, the intermediate beneficiaries of the project come from each of these sectors[2]. To ensure balanced regional development, shared and sustainable, the connection and access opportunities should be guaranteed for all stakeholders, without gender, race or culture discrimination.

In addition, strengthening the role of women in Mediterranean society is a need commonly recognized, although this issue remains unresolved. The Convention on the Elimination of All Forms of Discrimination Against Women (CEDAW) dates from 1979; and since then, we can mention these others initiatives as the Cairo Declaration Issued by the First Arab Women’s Summit (2000), The Arab Women’s Organization Plan of Action (2001 ) and the Commission on the Status of Women at its 49th session (Beijing +10 in 2005). Although some improvements have been observed in recent decades, especially at the level of public awareness against gender prejudices, in practice it must be admitted that the way to an effective parity is still long[3]. On the occasion of the Ministerial Conference in Istanbul in 2006, some key issues were highlighted: promote the active participation of women in the context of decision making, ensure equal opportunities of work access, strengthen public capacities to collect and analyze regularly the data on the gender issue and ensure adequate training for women to the level of decision making. Since, these problems are unfortunately still relevant today. In its report Monitoring the Convention on the Elimination of All Forms of Discrimination against Women, three decades after the adoption of CEDAW, the UN observed in Lebanon and Tunisia that the presence of women in high level authorities has been decreasing. Similar observations can be made for other states in the southern Mediterranean. While the educational level of women in southern Mediterranean has improved in recent decades (Lebanon, Morocco and Turkey, etc[4].) it must be admitted that this only affects education basis, when the high-level training (undergraduate and postgraduate) is still clearly insufficient. With the result that women have poor access to management positions and, if they reach it, they will face the technical deficiencies.

For the 43 countries of the EuroMed, the percentage of women teachers in primary schools is increasing, while at the level of high education, teachers and students continue to be mostly men[5]. Education remains the sector that employs the largest number of women (eg. in Tunisia, 2.2% of women are teachers and only 0.4% of them are part of the management entities[6]).

The project MEDITER – Women for Change sets out to promote access and the role of women in local leadership in order to use an innovative potential and skills that previously were under-expressed.

The project shows a regional dimension and encourages the development of relations between Local Authorities at sub-regional level to overcome the individual fragility of each local actor and to propose models of interaction between local actors at local and regional level. Development of new spaces of active citizenship for Local Authorities requires linking the public and private local actors in the framework of local development processes and the definition of management strategies.

At the same time, the project aims at implementing the principle of subsidiarity and consultation among local development actors and the subrogation and delegation processes of some services and some management or implementation activities. For a concerted development of local communities, will be included not only women involved in the LA, but also women working in NGOs, associations and voluntary, as beneficiaries of the project. Indeed, the voluntary sector is rapidly growing (eighth industry in the global economy with 19 million employees, 4.8% of total employment), but is not always adequately structured.

For all the local actors, it is therefore necessary to facilitate and support access to training and information, which is the first step to obtain adequate financial resources and improved operational capabilities.

With the acquisition of required and necessary skills, working women in these institutions will be able to offer innovative solutions and better face regional issues such as urban expansion and demographic growth that increase the demand for services and, therefore , the necessity to get in the field local qualified actors, whether men or women, integrated in the network.

Therefore it consists in developing indirectly, through capacity building and networking of women holding leader positions in the Mediterranean, a systematic approach by which Local Authorities and NGOs will be able to discuss about projects development, strategic planning in services management and promote, always under a feminine impulse, the synergy between the various local stakeholders. Cooperation and exchange of good practices encouraged in this way will contribute to a cross-border relations stabilization.

Relevance towards the objectives of the call

The project presents a regional character and aims to reduce poverty by intervening on the strategic potential of local communities for development, through a participatory approach. The orientations of the Beijing Platform for promoting gender equality (especially strategic objectives G1 and G2) and the international objectives “Millennium Development Goals” # 3 and 8, respectively concerning women’s empowerment and requirement for a global partnership for development, will result in the promotion of women’s leadership and networking of key actors in local and regional development. The direct involvement of local stakeholders at all levels of development will be enhanced by the skills adaptation process (training) of public operators or  from NGOs.

Thus, in accordance with previous objectives, this project intends to :

It consist in facilitating exchanges of experiences and good practices, and identifying the cases of excellence in the region so that, despite of the diversity of local realities, a common methodology could be create in local development strategic planning, for an increased role and a true participation of the LA in the decentralization process underway in partner countries.

[2]             As it has been highlighted  in the action program “Agenda 21” and in the observations of UN on Lebanon Monitoring the Convention on the Elimination of All Forms of Discrimination against Women.

[3]             According to data reported by the periodic study about women media representation of “Global Media Monitoring Project – Who makes the News?”. http://www.whomakesthenews.org.

[4]             According to data reported in Monitoring the Convention on the Elimination of All Forms of Discrimination against Women.