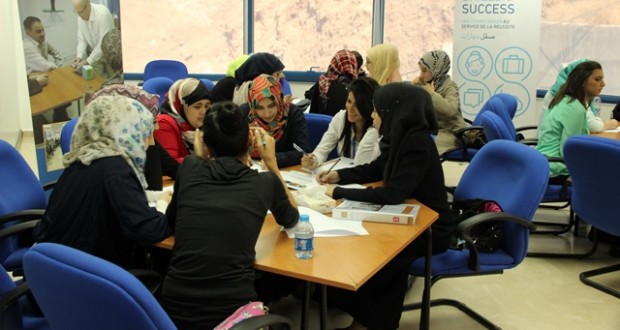 MEDITER – Women for Change intends to strengthen women’s skills in the roles of management and administration within local authorities and non-governmental organizations of the Euro-Mediterranean region, to improve the active participation of local actors in Regional Development.

The target group of this project is a core of 25 young women from the two shores of the Mediterranean (partner countries): some with higher education, employed in the administration of LA, who are members of NGOs and involved in volunteering for cooperation, may have a specific role in the social life framework at private level. This target group will be selected through a call for applications disseminated to LA and NGOs from the Mediterranean and according to specific criteria defined by studies incurred during the preliminary phase of the project.
By a direct multiplier effect (through the involvement of women beneficiaries of the training who will share their knowledge) and indirect, the expected number of indirect beneficiaries would be of 500 women who will be able to use, thanks to the network, on-line training materials, strategic information and contacts, partnership research for projects or services to be shared by several LA or NGOs, training plans for women-manager from public administrations and NGOs, cooperation proposals north-south, south-south, south-north for institutions local administrators, call for proposals templates or local development plans.
The final beneficiaries of the project, achieved through a bottom up strategy, are also more than 15,000 local institutions and policy makers in the region, which the responsibilities of public governance determines the improvement of living conditions of citizens of the whole Euro-Mediterranean region.

Problems and needs of target groups

According to available data, women’s participation in public life and in decision-making bodies in the Mediterranean region has been unequal and generally symbolic, for reasons of social, cultural and political nature.

However, scientific research on the issue of women participation as well as the reports published by various international agencies on the matter build their descriptions and analyzes on figures and aggregate statistics.
According to our preliminary investigations, it appears that there is an objective difficulty in the identification of sex-disaggregated data for the Euro-Mediterranean region. The analysis foreseen in the launch phase of the project has as main objectives to disseminate complete and objective information and determine in detail the status quo that the project intends to change.

What we must do is avoiding to consider woman as a victim but rather as a key actor often playing a central role in perpetuating social business models in our societies. Thus, given the strategic value of human resources quality in the development process, efforts should be made to encourage leadership skills in the region to support the active participation of local actors in development processes. Human potential represented by women should be enhanced through greater access to power positions and local and national leadership roles. Thus, training will support women in their strategic role within public authorities and associations by providing them essential knowledge for a better local action efficiency.
The project aims to work on a strategic factor in the current economy, ie. human resources, real pillar of regional economic development (secondary objective of this project), but also social and political dynamics of the region .

For practical purposes, forming the women management means also ensuring local policies sensitive to gender issues (priorities of many international initiatives, not yet really translated at national and local levels, as noted in the above report Monitoring the Convention on the Elimination of All Forms of Discrimination against Women).
In addition, higher education is a necessary condition for a better paid job; as observed by the previous Commissioner for Development, Cooperation and Humanitarian Aid, Paul Nielson [1], suggesting that the majority of poor people in the world are women because human rights training and work are not guaranteed to them. Gender discrimination is a limit to economic, sanitary and education progress and an obstacle to the eradication of poverty. Women as such must be regarded as “the only way to a just and sustainable developed society. Women empowerment and gender equality are preconditions to move towards the political, social, economic, cultural and environmental security for all humanity”[2].

1. “Gender Equality in Development Co-operation. From Policy to Practice – The Role of the European Commission”, 2003.

Studies and documents
Relevance of the action